“Was That Wrong?” Wednesday with Tom Eblen

(Was that wrong? Should I not have done that? If I knew that sort of thing was frowned upon… George Costanza, 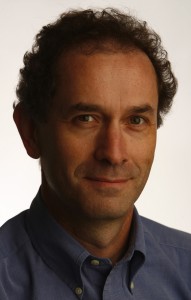 Our guest today is Tom Eblen, metro/state columnist for the Lexington Herald-Leader.

If my mom/doctor/pastor/boss calls while I’m watching Sherlock, I would definitely let it go to voicemail.

As the father of two daughters, it used to happen all the time. Now that they’re grown, it still happens sometimes.

Professionally, the hard thing has never been staying on message, but figuring out the correct message and stating it well. I spent 10 years as the Herald-Leader’s managing editor, making final decisions about the content and placement of stories and photographs. That often involved controversial decisions. Here’s how I made them: I tried to visualize who would be angry about any particular decision and why, and imagined their voice on the other end of my telephone the next morning. If I had a response for them that felt good to me, then I knew I was making the right call. If not, then maybe I needed to rethink my decision. You must believe in your own message; otherwise, it won’t be believable to anyone else.

I somehow convinced my third-grade teacher at Cardinal Valley Elementary to let me write, direct and produce a class production of Robert Louis Stevenson’s Treasure Island, casting myself in the lead role.