“Was That Wrong?” Wednesday with Tom Martin 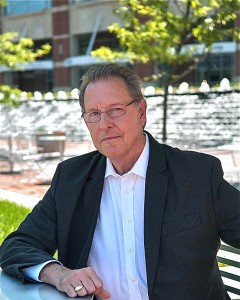 ? Should I not have done that? If I knew that sort of thing was frowned upon… George Costanza, Seinfeld)

If my mom/doctor/pastor/boss calls while I’m watching Justified, I would definitely hit the “pause” button (streamed video, you know) and take the call.

Do nightmares count? It seems network newscasters, perhaps influenced by the unforgiving hourly deadline, develop some sort of psychosis manifested in versions of a nightmare related to this relentless regimen. Mine was especially acute during my time at ABC Radio News in New York.

In my dream, a major lead story had broken only minutes before the top of the hour and writing it, rearranging my story line-up, getting the editor’s approval and then making my way to the studio meant I sat down before the mic with only seconds remaining before air-time. As the second hand on the clock before me ticked away, I held the pages of my script in both hands and tapped the stack on the desk to straighten them. With the clock reading 10-seconds-’til air-time, the letters of the script came tumbling from the paper onto the desk. I was frantically attempting to put them back onto the paper when the second hand ticked to “12” – at that point, I always woke up in a cold sweat. So glad those days are over!

It was late 1991. I had just stepped from the studio having delivered my final newscast of the morning for the ABC Information Radio Network in New York where I worked as an on-call anchor. A network executive came into the newsroom and called me aside. “Were you heading home, or could you stick around for a few more hours?” he asked. I had nothing pressing, so I said I could stay and asked why I was needed. I was entirely unprepared for the response: “Paul has a sore throat, and we need you to pick up his noon show.”

I was at once stunned, scared to death and incredibly excited.

It was explained that Mr. Harvey preferred that his noon show, at 15 minutes in length an oddity in late 20th century live network radio, consist of zillions of brief one and two sentence stories, gleaned from newspapers from all around the country. I would soon discover that assembling this script could be described as attempting to fill the Grand Canyon with a garden trowel. But with the able assistance of Harvey’s Chicago editor, Ron Gorski, and ABC News staff there in New York, we managed to pull it together.

With only minutes to spare, I made my way to the designated studio. The florescent lighting was harsh. The air conditioning made it feel like a refrigerator. As I sat down before the twin mics (everything had a redundancy in case something failed — the network relied heavily on Harvey’s revenues) frantically assembling the pages of the script, the executive who had tapped me for this absolute living nightmare paced inside the control room — visible through the thick studio window.

As the second hand of the large clock before me ticked into the final 15 seconds before noon — and “on air” — the exec suddenly pushed open the studio door and said: “Good luck, Tom. You’re about to speak to 22-million people” — and closed the door.

Ever tried talking for 15 minutes with a lump in your throat?

It was an unforgettable experience. Fortunately, I didn’t completely blow it and continued to serve as Paul’s vacation and day-off sub for the next 4-5 years, including for a time after returning to Lexington, doing the show via satellite from a studio at WVLK.