“Was That Wrong?” Wednesday with Candyce Clifft

(Was that wrong? Should I not have done that? If I knew that sort of thing was frowned upon… George Costanza, Seinfeld) 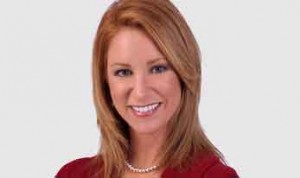 Our guest today is Candyce Clifft, news anchor for WDRB in the Morning.

If my mom/doctor/pastor/boss calls while I’m watching 60 Minutes or a Tennessee Vols game, I would definitely let it go to voicemail.

(Since I rarely watch television and must be at work at 3:30 a.m., the more accurate statement would be:  If my mom/doctor/pastor/boss calls while I’m taking a nap, I would definitely let it go to voicemail.)

I suggested one evening that I might prepare a quiche for dinner.  My husband turned up his nose and replied, “I don’t eat quiche.”  Taking a page from my mother’s playbook, I waited a few weeks and told him I was considering making hamburger pie for dinner.  He was enthusiastic, and after he had finished off two slices, I informed him that the hamburger/broccoli pie was quiche.  He’s been pleased to eat quiche ever since.

I have seen Flavor Flav in concert.  I use this fact in those “Guess who I am?” games.  No one ever pegs me for this one.  When Flavor Flav was a member of Public Enemy, the group opened for U2 on the Zoo Tour.  Flav was, of course, sporting a giant clock on a chain. I saw them in the Georgia Dome when I was in college.

(True but not believable.)